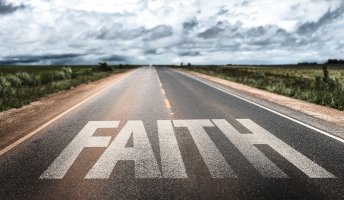 For those who are followers of the Lord Jesus Christ, the source of all the information we have is The Holy Bible or the Bible. The Bible consists of sixty-six different books, written by forty different people, over a period of more than 1,500 years, and yet it is consistent from it’s beginning in the Book of Genesis to the last page in the Book of Revelation. It simply tells of how the Lord God Almighty has dealt with mankind since time began. It is in these writings that we find the answers to the key questions we all ask:

Each of these questions are answered in the pages of the Bible. Through it all we come to discover that God loves us, He created us for a purpose, and He wants us to have a personal relationship with Him that will last throughout all eternity.

Though many people will question if the Bible is true, when properly understood, there is nothing in the Bible that has been proven to be false. Anything that can be verified has been through history, archaeology, and science.

The life, death, and resurrection of Jesus Christ are among the most well-documented events in the world.

Who or what is God?

Every religion attempts to describe who or what God is. Honestly, it is difficult to understand God as He is described in the Bible. the Bible describes God as being three different persons, God the Father, God the Son, and God as the Holy Spirit, existing as one being. Each person is eternal, in that they exist outside of the bounds of time. They are co-equal and are one.

This unity of three persons is called The Trinity. As difficult as this is to understand, part of the journey of faith is to accept that the Creator of the Universe is beyond our ability to fully comprehend. However, we can also be assured that the Bible gives us all that we need to know to comprehend what God has done for us.

Even though each member is coequal, there is a hierarchy that exists within the trinity. The Lord God Almighty (Father) is the head or primary authority. The Lord Jesus Christ always defers to God the Father, saying that His only purpose is to do the will of the Father. The Holy Spirit defers to both the Father and the Son. There is a key example here for us: if Jesus’ desire was to only do the will of the Father, we should be willing to do the same.

We read in the first chapter of the Book of John, that Jesus Christ is the Creator, and that there is nothing that was created that was not created by Him. Later in John’s writing we come to understand that the Holy Spirit comes to live in each of us as a seal and promise of God’s relationship with us.

So, if God is all powerful and eternal, why did He choose to create us with all our mess. The answer may surprise you.

Where Did We Come From and Why Are We Here?

The world today is changing. In times past, people lived in community of similar people and depended on one another to cooperate and survive. This community typically centered around a common belief in a deity or divine being. An individual’s purpose was largely defined by the role they played in the community and their family.

Today each person is being led to believe that their life, their beliefs are what are important. This is leading to isolation and confusion. Now, the purpose of life seems to boil down to do what feels good to you, what you think is right.

The Bible tells us that God the Father has known us before time began. He created each of us with unique talents and skills to do good things for Him. He created us to be in relationship with Him. (Eph 2:8-10)

Ephesians 2:8–10 (NKJV)
8 For by grace you have been saved through faith, and that not of yourselves; it is the gift of God, 9 not of works, lest anyone should boast. 10 For we are His workmanship, created in Christ Jesus for good works, which God prepared beforehand that we should walk in them.

So then why doesn’t this seem to be how things are working? The Bible tells us that God created man in their image, meaning that man would reason, have morality, and be able to freely choose what they would do. After all, if we are created to love God, that love must be of free choice, not forced, if it to really mean anything.

The Issue of Evil and Disobedience

We know that God created all things, even Heaven and the angels. There once was an angel of light, who was beautiful, powerful, and led the praise and worship of God. His name is Lucifer, which means light bearer. But he had a lot of pride, wanted to be just like God, and sit on a throne. He convinced other angels to join Him. When God discovered Lucifer’s plan, He kicked Lucifer and one-third of the angels out of heaven. Now that Satan is here on Earth, he is known as Satan.

When God created man and woman, Adam, and Eve, he placed them in a garden of paradise called Eden. He walked with them and had fellowship with them. He only gave them one rule to follow: “Do not eat the fruit of the Tree of Knowledge of Good and Evil, for if you eat of it, you will surely die.”

Well Satan stepped in to trick Adam and Eve. He questioned if God really said that and convinced them that if they ate of the tree of the knowledge of good and evil, that they would not die, but would be like God. They both chose to disobey the command that God gave to them, because it sounded right to them.

This war is going on today. Satan will temp us, and it is our nature to do what we want to do even when it goes against what we understand is the right thing to do. And this is where our challenge lays.

Our Separation From God

God is pure and holy, so He cannot be around anything that is bad, or against His design. Because we choose to do what we want instead of following God’s plan for us, there is a separation between us and God. This separation between us and God is so wide that we cannot cross it no matter how hard we might try. So how could God allow this condition to exist if He loves us and wants to be in relationship with us?

God Loves Us Enough to Provide the Remedy

The Lord created us, so He knows all there is about us. He even knows the number of hairs on our head (Luke 12:7). He created us to love Him and be in fellowship with Him. So before time began, He devised a plan to bridge this separation. The second person of the Godhead, who we now know as the Lord Jesus Christ, was the person who throughout history had connected with man and creation. As part of Gods plan, He gave up His heavenly being and transformed Himself into a fertilized human embryo and the Holy Spirit placed Him in the virgin Mary. He was born, grew up, and became a man. He is both 100% man, and 100% God. He lived a pure and holy life that is impossible for any of us to live. He told people who He really was, to love God, and to love one another.

The religious leaders hated Him because people started following Him instead of following all the rules and traditions blindly. Their hatred grew to the point that they went to the Roman government calling Him a criminal. Ultimately the forced the Roman leader to sentence Him to die. The Roman official, Pontius Pilate, finally agreed to put Him to death, even though He clearly had done nothing wrong. Jesus Christ was killed in the most painful, humiliating way possible.

He was buried in a tomb that had never been used before, with Roman guards around to make certain that no one came to disturb the tomb. After three full days, there was an earthquake and the stone sealing the tomb was rolled away, showing the tomb was empty. Jesus had been resurrected and was alive. We find out that this is the sure sign that we can know all that Jesus said if true.

It was God’s plan, He sent the second person of the Godhead to come to earth, to live a pure and holy life we cannot live, to take a punishment that He didn’t deserve to pay the price for the disobedience of all mankind so that all might be made right so that we could once again be in relationship with Him.

What does He ask of Us?

In the third chapter of John, verse 16, the Bible tell us:

John 3:16 (NKJV)
16 For God so loved the world that He gave His only begotten Son, that whoever believes in Him should not perish but have everlasting life.

Sometimes words in the Bible carry more meaning than the modern words it is translated into. The word believes really means, to put your whole trust in, to depend on, to follow.

Simply put, God tells us that if we will believe that Jesus Christ is who the Bible says He is, to trust wholly in Him, and to give our lives to follow Him, that we will have eternal life in fellowship with God.

When we accept this and truly follow the Lord Jesus Christ, we have intimate, direct fellowship with God the Father. He transforms us and equips us to live out the plan for us as we are told in Ephesians.

Are you ready to make that decision to follow the Lord? If so, it really is quite simple, yet profound.

In a quiet time, have the following conversation just between you and God.

“Lord, I admit that I have not lived my life as you wanted. Please forgive me, Lord.
I confess that Jesus Christ is Lord, that He was born of a woman, died, was buried, and rose again from the dead.
I commit all my life to you, and to follow the Lord Jesus Christ all the days of my life.”

If you can have that conversation and mean it, the Holy Spirit will come into you, strengthen you, and lead you for the rest of your days as you follow His guiding.