Can We Read the Signs? 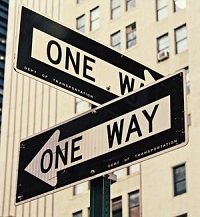 The current headlines are causing some to panic, wondering how much of their lives will return to normal as we come out of the current situation with the coronavirus. Others are getting restless, protesting the orders intended to protect us from spreading the virus. Social media is ablaze with a proliferation of opinion pieces from across the entire spectrum. So what is the truth, and not just subjective viewpoints?

If you listen to the mainstream media you could easily grasp that we might never come out of it whole. We see hoarding of toilet paper, hand sanitizer, and any bits of personal protective gear that might be available. Even China which manufactures the majority of this gear is holding it for release at exorbitant prices.

Is this panic really justified? Could there be something else going on? What might be signs to observe that would give us an indication of what is really going on?

In his day, Jesus had some words for the people who were unable to see the signs of what was going on then.

Luke 12:54–56 (NKJV)
54 Then He also said to the multitudes, “Whenever you see a cloud rising out of the west, immediately you say, ‘A shower is coming’; and so it is. 55 And when you see the south wind blow, you say, ‘There will be hot weather’; and there is. 56 Hypocrites! You can discern the face of the sky and of the earth, but how is it you do not discern this time?

He had similar but stronger words for the Pharisees and Sadducees.

Matthew 16:1–4 (NKJV)
1 Then the Pharisees and Sadducees came, and testing Him asked that He would show them a sign from heaven. 2 He answered and said to them, “When it is evening you say, ‘It will be fair weather, for the sky is red’; 3 and in the morning, ‘It will be foul weather today, for the sky is red and threatening.’ Hypocrites! You know how to discern the face of the sky, but you cannot discern the signs of the times. 4 A wicked and adulterous generation seeks after a sign, and no sign shall be given to it except the sign of the prophet Jonah.” And He left them and departed.

We find accounts in the New Testament of the disciples asking Jesus when the last days would come. His response is recorded in the 24th chapter of the book of Matthew.

Matthew 24:3–8 (NKJV)
3 Now as He sat on the Mount of Olives, the disciples came to Him privately, saying, “Tell us, when will these things be? And what will be the sign of Your coming, and of the end of the age?”
4 And Jesus answered and said to them: “Take heed that no one deceives you. 5 For many will come in My name, saying, ‘I am the Christ,’ and will deceive many. 6 And you will hear of wars and rumors of wars. See that you are not troubled; for all these things must come to pass, but the end is not yet. 7 For nation will rise against nation, and kingdom against kingdom. And there will be famines, pestilences, and earthquakes in various places. 8 All these are the beginning of sorrows.

Look at the things that he says will happen:
Wars and rumors of wars, famines, pestilences, earthquakes.

Look at each of these:
Wars and rumors of wars:
In the last year, we have seen conflicts in Syria, Turkey, and Cameroon. Iran is threatening the US Navy in the Persian Gulf. Russia is probing Alaskan airspace with bombers, North Korea is launching missiles into the ocean by Japan, China is testing nuclear weapons in its northern provinces.
Famines:
In 2019 Hurricane Idal ruined the crops in Mozambique, and Malawi. The price for food has recently risen to 400% of the cost last year. Currently an infestation of locusts is ravaging crops in East Africa to Pakistan foretelling of an upcoming famine the likes of which may not have been seen for a good number of years.
Pestilences:
Covid-19 a disease which has traveled the globe in three months, shutting down economies, killing thousands, Unlike anything to happen in over 100 years.
Earthquakes:
There were 256 earthquakes in 2019 magnitude 5.6 or greater. There was even an earthquake of magnitude 6.5 in Boise Idaho in April of this year.

Are we seeing the signs, and are we paying attention? We don’t know anything for certain, but we have more indications that the Lord is wrapping up affairs here on Earth in preparation for the return of the Lord Jesus Christ. There is not set time, but we are seeing the signs of the birth pangs.

As Jesus says, “See that you are not troubled; for all these things must come to pass, but the end is not yet.” Are you ready for His return. Will He welcome you as a faithful servant, or tell you to depart from Him for He doesn’t know you?

If you do not know the Lord Jesus Christ as your savior, there is no time to waste. Are you tired of where your decisions have brought you? Are you willing to turn and follow the Lord Jesus Christ, and give Him control of your life, and live for Him? I hope now is the time that you make that decision. Please contact me at markg@gracebiblefellowshipspokane.org or call me at 509-995-4191 and I will be happy to send you information on next steps in this journey.

May the Lord bless you and guide you to a closer relationship with Him, and His Son, Jesus Christ.

1 thought on “Can We Read the Signs?”